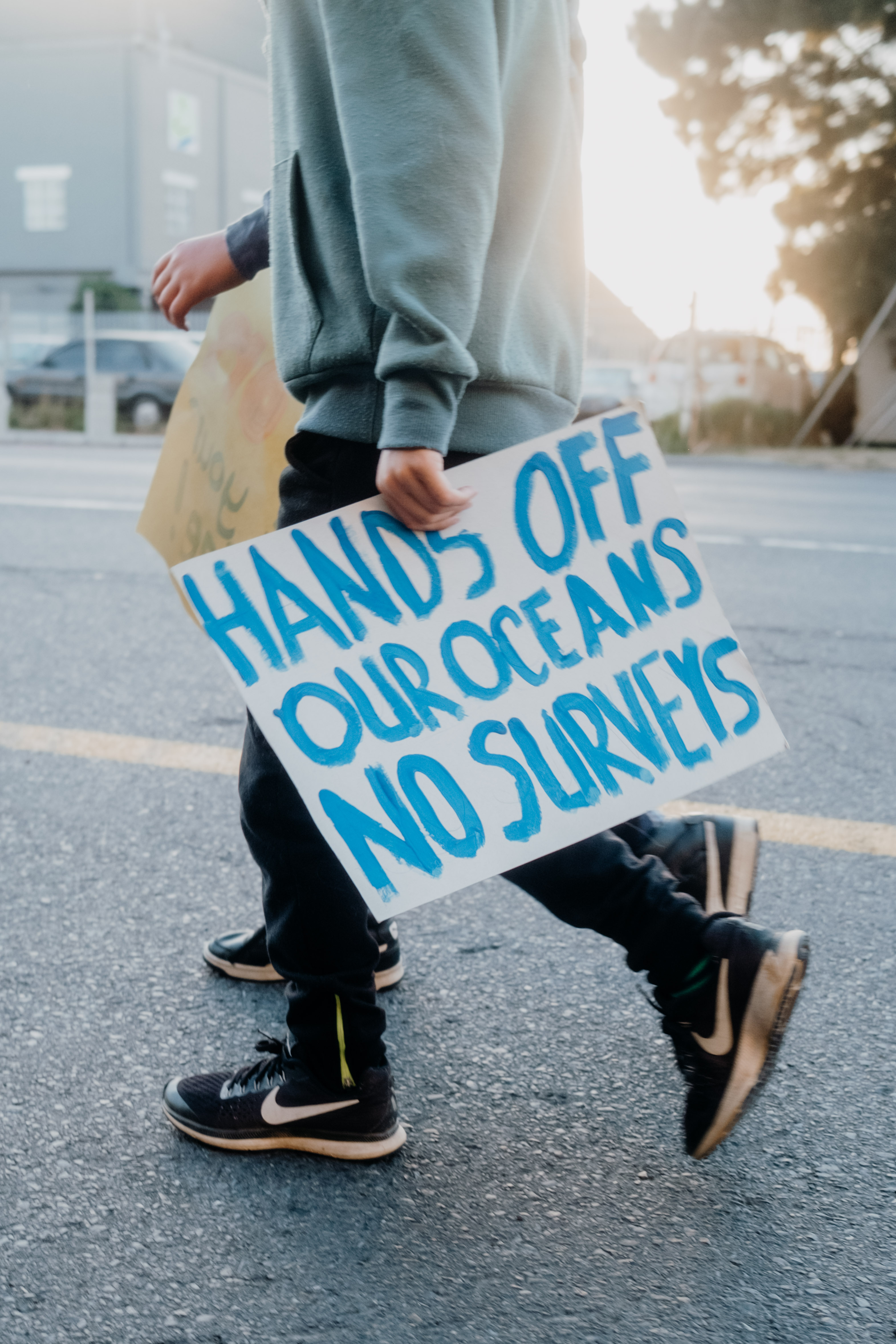 ← Back to all missions

Stretching for hundreds of miles north of East London in South Africa, the rugged Wild Coast is a region of unparalleled beauty and biodiversity with great cultural and historical significance for all South Africans. But most of all it’s home for a diverse underwater world - attracting and sustaining sharks, dolphins, sailfish, whales and other marine life.

Shell and Shear Water have been given the green light to do a seismic survey of the rich biosphere of the Wild Coast area in hopes of finding new oil and gas deposits under the seafloor. The vessel is set to head out on 1 December 2021, using incredibly loud seismic air guns for approximately 5 months.

Together with Oceans not Oil, Parley South Africa and Sentinel Ocean Alliance we documented the arrival of Shell’s survey ship ‘Amazon Warrior’ and will support raising awareness and local efforts in the upcoming weeks to stop the destruction that will be caused by the survey. Our Mission is to educate and inspire speaking up against destructive fossil fuel exploration and extraction along South Africa’s Wild Coast.

By signing the petition everyone can support the call of Oceans not Oil to withdraw the approval of Shells & Shear Waters application. We invite you to share our content about this survey to educate above and beyond.

Parley for the Oceans / @parley.tv